Allmen and the Pink Diamond 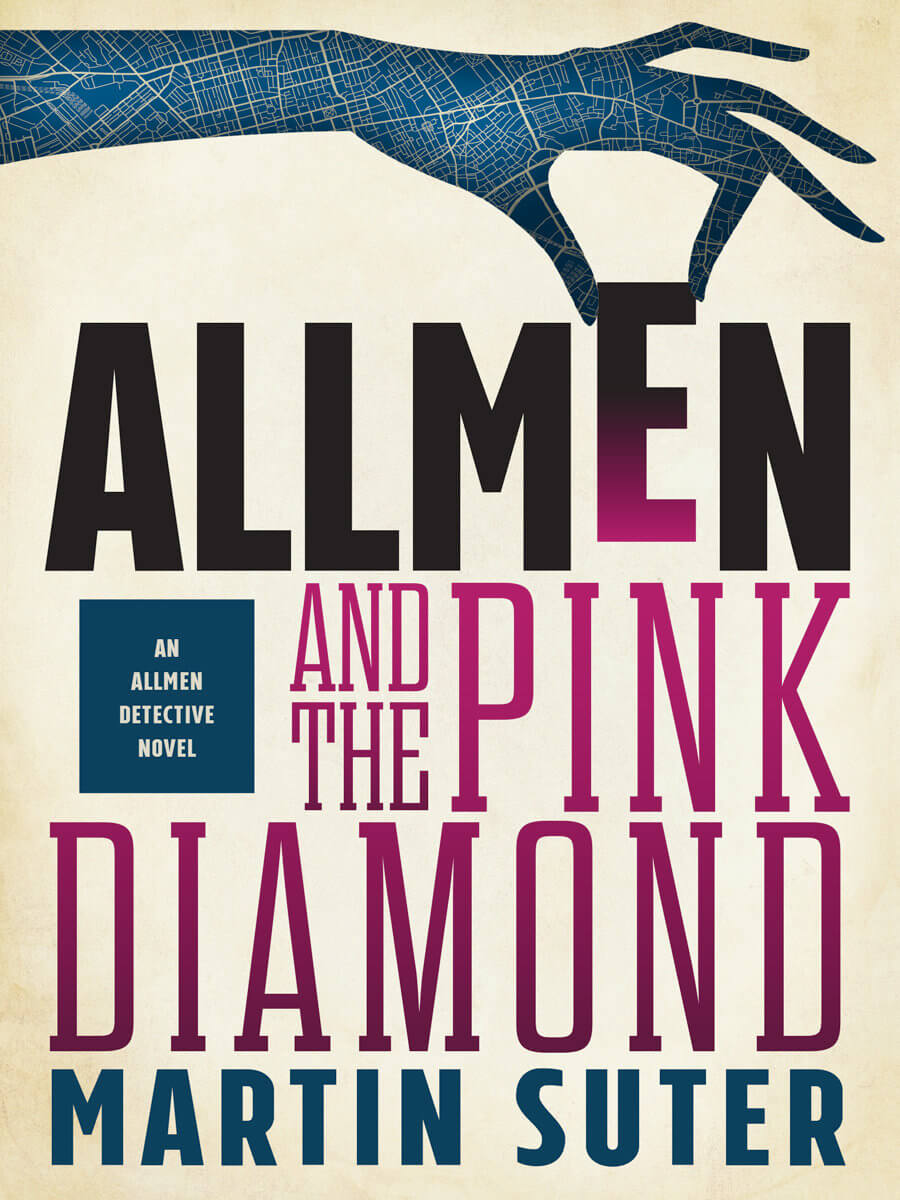 An unimaginably valuable pink diamond has gone missing and a mysterious Russian residing in Switzerland is suspected of having made off with the treasured jewel. But the investigative duo of Johann Friedrich von Allmen and his Guatemalan butler Carlos are on the case. Their search leads from London to Zurich to a grand hotel on the Baltic coast. Amorous adventures and diverting mishaps litter the path through a world of European high culture and luxury, with hard-knuckle forays into global financial markets and high tech moves to manipulate them. This is the second in a series of fast-paced detective novels devoted to a memorable gentleman thief who, with his trusted sidekick, runs an international detective agency to recover stolen precious objects. Don’t miss the first in the series, Allmen and the Dragonflies.

Excerpt from Allmen and the Pink Diamond

Allmen jumped at the knock on the door, so late at night. Since he’d been shot, he’d never felt wholly at ease in his glass library. He had Carlos draw the curtains early, and always sat in different spots.

With the pink diamond case, a different kind of agitation had been added to this nervousness. A kind of constant professional alarm. Hunter’s syndrome, he called it.

That night he was having trouble concentrating on his reading. He tried re-reading passages from Bruce Chatwin’s In Patagonia. Then he put the book aside and turned to the small dossier of Internet research on pink diamonds Carlos had compiled for him. He read about the irregularities in the carbon molecules that in rare cases could color a diamond pink and thus make it twenty times more valuable than normal diamonds. But the rapt attention he usually paid to all things written, whatever the content, was ebbing by the sentence.

He sat down at his Bechstein, whose days with him would have been numbered without the diamond job. He was blundering his way through the Great American Songbook when the knock came, and Carlos entered before Allmen could say “come in.”

He walked up to Allmen without a word and handed over his find. “From Sokolov’s mailbox,” Carlos declared with a flourish.

The top sheet was a memo on the letterhead of a travel agency. Out of the various options, “Further to our telephone conversation” had been ticked. Enclosed was the brochure of a five-star hotel at a snow-white Baltic coast resort on the Bay of Mecklenburg. It was called Le Grand Duc, after the resort’s founder, Grand Duke Friedrich Franz I. This was the oldest seaside resort in Germany.

In the margins of the brochure someone had made notes from a telephone conversation. “10 July onward” and “Spätbergstrasse 19” and “Sokolov.”

Carlos had reported back on his meeting with Maria Moreno—without mentioning that he had more or less hired her. Allmen knew about the telephone conversation with the travel agency, and the suitcase Sokolov had taken with him.

“On July tenth,” he noted. “The day after he got the call saying the Brits had taken the server.”

Carlos nodded. “Over a month ago.”

“Maybe he’s still there. And if not, maybe they have some information about where he is now. I’ll have no choice but to do some research on site.” He didn’t manage to make his sigh convincing.

Carlos said nothing. But Allmen knew the budgetary aspect of this business trip would be worrying him.

“We’ll have to ask Montgomery for a second payment,” Allmen added.

When Carlos still said nothing, Allmen got up and went to the telephone. “Unless he possesses a fake ID or credit card, he’ll have been forced to check in under his real name.” He dialed the number on the brochure.

Allmen held his hand over the receiver and nodded to Carlos, excited. After a short while he said, still in English, “I see. Never mind. No, thank you, no message. Goodbye.”

He looked at Carlos, triumphant. “Not in his room.”

“Delightfully quirky and original, it feels like a Golden Age detective novel transposed, wonderfully, into the 21st century.”

“Sophisticated sybarite Allmen of course gets the best of everything … the Pink Diamond turns out not to be as expected, and Allmen and faithful Carlos enter the slippery realm of high ­finance. Immense fun for lovers of ­international mystery.”

“Suter is a consummate crime writer, his style is light and fast paced but has real depth when it comes to characterisation and understanding human nature. The overall impression is one of enjoyment; Suter knows how to entertain and Allmen and the Pink Diamond is at times wickedly funny and always slightly eccentric. There’s an eclectic cast of characters and brief cameos all finely sketched.”

“Most enjoyable … Allmen and the Pink Diamond certainly goes down easily and well—and lingers nicely as the lightest of wafts, leaving one also looking forward to the next meeting with the quite delightful Allmen. “

“In the honorable vein of elegant, gentleman thieves, comes Allmen.”

“Fritz von Allmen [is] an unapologetically profligate bon vivant and petty thief … all with the aplomb of a slightly more self-aware Bertie Wooster. Martin Suter is a terrific writer.”

“Fans of light crime novels will be satisfied.”

“Johann Friedrich von Allmen is a pleasant alternative to the many seedy, lonely and sordid investigators in most crime novels. Allmen is elegant, cultivated, measured, but never dull and always a bit ironic. A good mixture that gives these light-hearted, amusing crime novels their special character.”