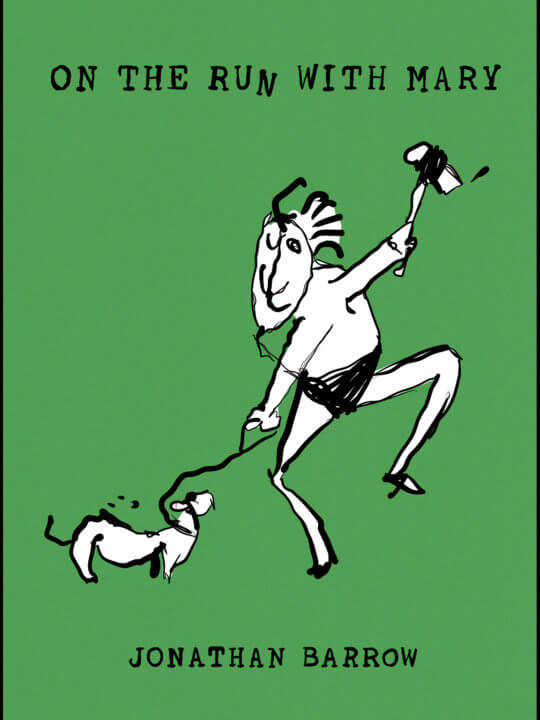 Shining moments of tender beauty punctuate this story of a youth on the run after escaping from an elite English boarding school. At London’s Euston Station, the narrator meets a talking dachshund named Mary and together they’re off on escapades through posh Mayfair streets and jaunts in a Rolls-Royce. But the youth soon realizes that the seemingly sweet dog is a handful; an alcoholic, nymphomaniac, drug-addicted mess who can’t stay out of pubs or off the dance floor. In a world of abusive headmasters and other predators, the erotically omnivorous youth discovers that true friends are never needed more than on the mean streets of 1960s London, as he tries to save his beloved Mary from herself. On the Run with Mary mirrors the horrors and the joys of the terrible 20th century. Jonathan Barrow’s original drawings accompany the text.