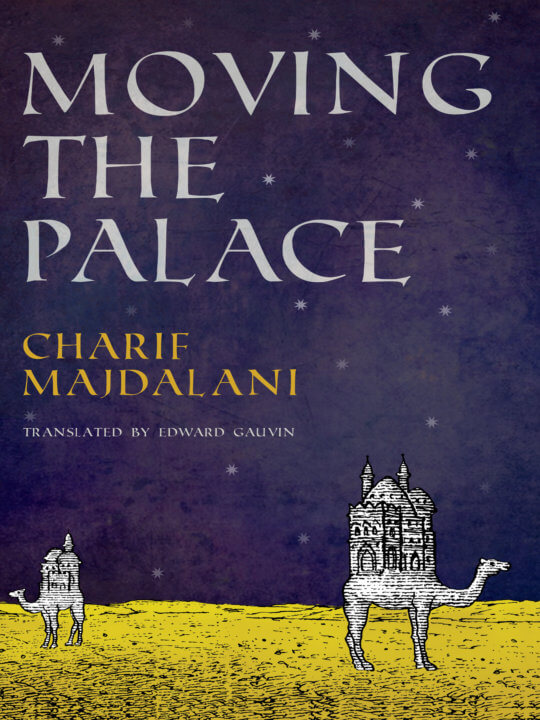 At the dawn of the 20th century, a young Lebanese explorer leaves the Levant for the wilds of Africa, encountering an eccentric English colonel in Sudan and enlisting in his service. In this lush chronicle of far-flung adventure, the military recruit crosses paths with a compatriot who has dismantled a sumptuous palace in Tripoli and is transporting it across the continent on a camel caravan. The protagonist soon takes charge of this hoard of architectural fragments, ferrying the dismantled landmark through Sudan, Egypt and the Arabian Peninsula, attempting to return to his native Beirut with this moveable real estate. Along the way, he encounters skeptic sheikhs, suspicious tribal leaders, bountiful feasts, pilgrims bound for Mecca and T.E. Lawrence in a tent. This is a captivating modern-day Odyssey in the tradition of Bruce Chatwin and Paul Theroux.

Moving the Palace won the 2008 François Mauriac Prize from the Académie Française as well as the Prix Tropiques.