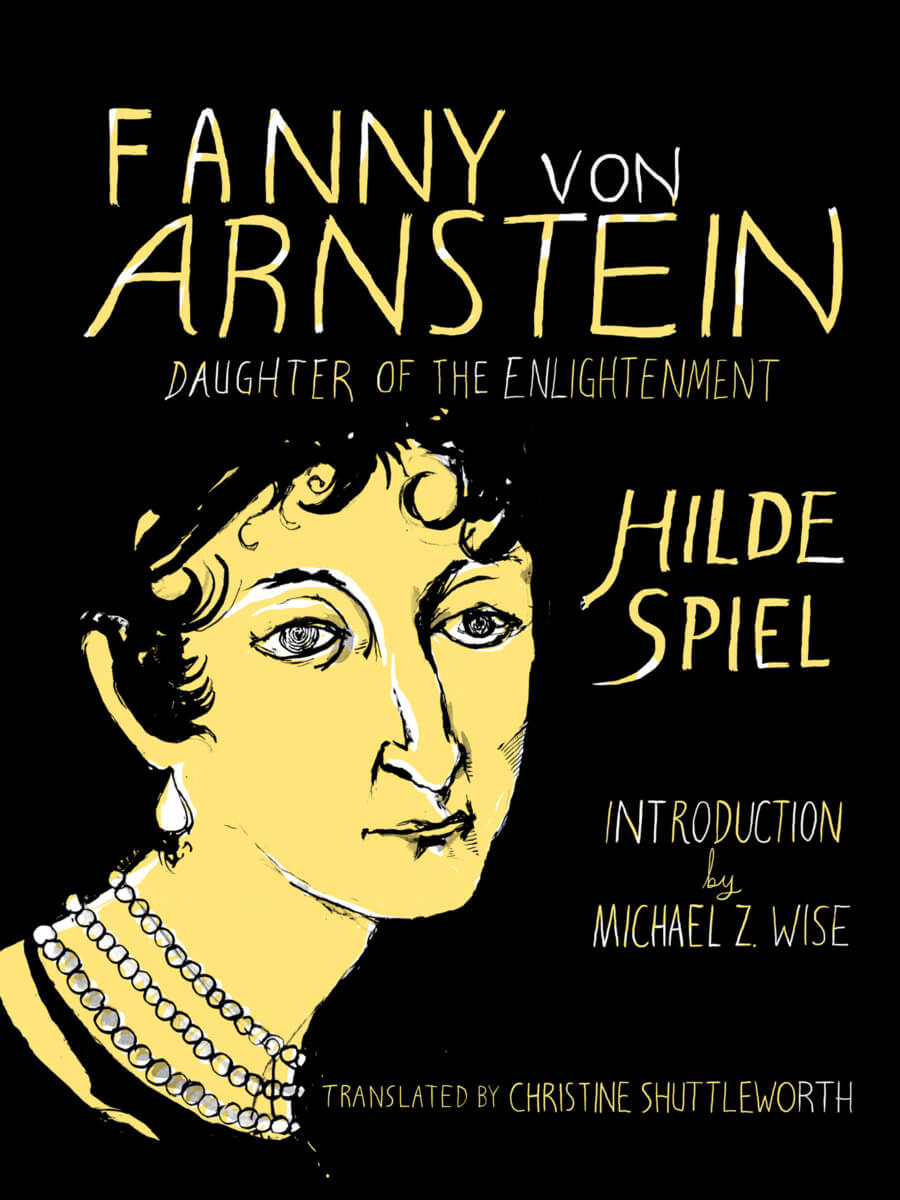 Excerpt from Fanny von Arnstein: Daughter of the Enlightenment

And so, shortly before her death, Maria Theresa was still intent on “reducing the numbers of the Jews here, and by no means, on any pretext, increasing them further.” At that time there were ninety-nine families in Vienna, among whom were twenty-five tolerated ones, with children and servants amounting to not more than 520 persons in all. They had much to expect from the demise of the Empress and the accession of Joseph. Yet they uttered no word of complaint or of hope, but knuckled under and kept their counsel, while the dissension of officials raged over their heads. From their ranks no request or petition penetrated to the ears of the government. On the other hand they took part, as far as they were allowed, in the destiny of their country and the rise of their city.

They sighed when another quarrel with Frederick sprang up over the Bavarian succession, and breathed again when peace was declared after ten months’ bloodless war. They strolled in the Augarten which had been opened to the public, and visited the playhouse recently raised to the rank of “Imperial and Royal Theater” (the Hofburgtheater). They admired the new paving, in tessellated granite, on both sides, of the most important streets in Vienna; they enjoyed the splendid festivals that were held so frequently both in winter and summer, the sleigh-rides of the nobility, the solemn processions, the fireworks in the Prater; they flocked to the column of the Trinity in the Graben for the centenary commemoration of the end of the Great Plague; and they were frightened out of their wits when, a few days later, the great powder-magazine on the outskirts of the city blew up and destroyed a number of houses. Vienna was their home; they knew no other and professed their loyalty to her, even if their love was only seldom returned.

The Empress meanwhile had grown fat and sluggish, could hardly walk and had to be carried by machinery on a green morocco-leather couch to her apartments in the Hofburg and to the balcony of the Gloriette at Schönbrunn. In the autumn of 1780 she contracted catarrh of the chest. Her faith, which had made her as good and happy as she was intolerant, helped her to endure the pain and contemplate her death with dignity. She sat in her arm-chair, surrounded by her family, patiently waiting for eternal bliss. About nine o’clock on the evening of 29 November she breathed her last.

On the same day, in Berlin, whither she had traveled for her confinement, Fanny gave birth to a daughter.

It was presumably on the first, if certainly not the last, of her visits to her parental home, that little Henriette was born to her. Whenever she lost her taste for the mild air of Vienna, the soft tones of its conversation, its leisurely way of thinking, Fanny betook herself to Berlin, to enjoy its brisk wind, sharp outlines, cutting wit and agile comprehension. She refreshed herself in the circle of her clever sisters, two of whom, Cäcilie and Rebecca, were later drawn into her circle and settled in homes near hers. And she enjoyed her reunions with her brothers, although they did not possess in the same measure the circumspection and farsightedness of her father. Her eldest brother Isaac, like his brothers Benjamin and Jacob, had married a cousin from the house of Wulff, just as Cäcilie had taken a maternal cousin for her first husband. With these and numerous other in-laws Fanny had a widely ramified family, which flocked around her whenever she visited the Prussian capital. Moreover, she found in Berlin what she herself was hoping to establish in Vienna: the beginnings of the literary salon.

Under Frederick the Great, court and society had become highly Francophile. Their teachers were Parisian philosophers; Frenchmen had set up the new grammar school, and the King had appointed Maupertuis as president of the Berlin Academy that had been founded by his grandfather. The example of a constant social interchange of thought, of the cultivation of learned conversation, had come from Paris and had incited imitation. The assemblies at the houses of the Marquise du Deffand, the Marquise d’Epinay, Madame Geoffrin and Mademoiselle d’Espinasse were beginning to find followers among the Prussians. The nobility, to be sure, still hesitated to give up its formal receptions, and the bourgeoisie, lacking a feeling for higher culture, held fast to “the simplicity of the household according to German custom.” It was, therefore, left principally to Jewish circles to unite art and society according to the Parisian model. They possessed gifts which allowed them to conform to French culture more speedily than their compatriots — “true intellect, wit and taste, the refined expression of refined concepts, a mocking tone and a speedy perception of the ridiculous, and finally the instinct of a certain practical rationalism in their way of life.” With their growing prosperity they were able to gratify their aspirations towards knowledge and wisdom, to recognition of what was true and possession of what was beautiful, and it was at their gatherings that liberal people of noble birth, whose families and usual social contacts offered them little stimulation, were beginning to assemble. And so, as a later observer expressed it, there developed “a quite original intellectual atmosphere in Berlin, a mixture of Jewry, of the ‘enlightened ones,’ as our ancestors called them, and a kind of Gallic Atticism.”

One of the first houses in which such circles developed was that of the councilor Benjamin Ephraim, who, as the youngest son of the mint-master, raised his controversial name to deserved honor. As early as 1761 he had gone to Amsterdam to set up a business house in association with his father’s firm, had there married a rich heiress and shortly afterwards returned with her to Berlin. Now he was establishing an art collection in his city mansion which was in no way inferior to that of Daniel Itzig and included paintings by Caravaggio, Poussin and Roland Davery. His splendidly decorated apartments were visited, if not yet by persons of rank, at least by some who were noteworthy. In the 1780s his nieces Sophie and Marianne Meyer, later to become respectively Frau von Grotthuss and Frau von Eybenberg, introduced young sons of old families into his house, after first gaining entry to the upper social circles through their early conversion to Christianity.

But Benjamin Ephraim, like Daniel Itzig and the far poorer, though considerably more highly honored Moses Mendelssohn, in whose houses the beginnings of an “intellectual Berlin” had likewise formed, was by no means able to unite the higher reaches of society with those of poetry, politics and science, as a series of talented women succeeded in doing one or two decades later. When Fanny visited her native city for the first time since her marriage, Henriette Herz was sixteen and newly married, Dorothea Mendelssohn a little younger and Rahel Levin a child of nine. Before the Berlin salon came into its prime, Fanny had already founded her own in Vienna.

“Von Arnstein represents one of the most fascinating and paradoxical eras in modern Jewish history … For an American Jewish reader, Fanny von Arnstein is fascinating above all as a cautionary tale — and a reminder of our luck at having avoided the excruciating choices that Fanny, and so many Jews like her, had to face.”

“An elegant edition … fascinating … We must be grateful to have this biography.”

The Jewish Review of Books

“A beautifully written account of a major figure in the history of European Jewry from the early years of emancipation. Told with elegance and imagination, this book is indispensable for those interested in the history of culture, the role of women, and the transition of the Jewish community out of the ghetto toward the center of European life.”

Leon Botstein, President of Bard College, author of Judentum und Modernität and co-editor of Vienna: Jews and the City of Music

“In capturing the fascination of Fanny von Arnstein, Hilde Spiel provides both a finely drawn portrait of a defining figure of her era and also of the times themselves. The appearance of this excellent English translation could not be more appropriate.”

John Kornblum, former U.S. Ambassador to Germany and to the Vienna-based Organization for Security and Co-operation in Europe

“ ‘The congress danced’ became an enduring comment on the great victors’ conference that apportioned spoils of Napoleon’s defeat at the Congress of Vienna in 1815. Some of the most piquant political and cultural cotillions of that fateful gala took place in the salon of Fanny von Arnstein, the Jewish baroness whose life and times Hilde Spiel has conjured brilliantly in this book.”

Frederic Morton, author of A Nervous Splendor, Thunder at Twilight and The Rothschilds

“An elegantly crafted study of the Berlin-born, Viennese Jewish Fanny von Arnstein … What makes this book so successful in illuminating Fanny’s life is that Spiel situates her in the precarious, often-times absurd, and almost exclusively anti-Semitic history of early modern and modern European Jewry, drawing on quotations from a wide range of documents. Spiel’s daughter, Christine Shuttleworth, is a masterful translator of her mother’s masterpiece.”

“With its broad sweep through both peaceable, pleasure pursuits and the bloody Napoleonic wars that convulsed Europe, Fanny von Arnstein … gives a palpable sense of its heroine, and simultaneously excavates the liberal foundations of our own 21st-century society.”

From the Introduction by Michael Z. Wise

“Vienna is the true subject of this fascinating biography … Fanny von Arnstein is a tract for our times.”

“A skillfully composed portrait of an age … deserves a wide readership.” 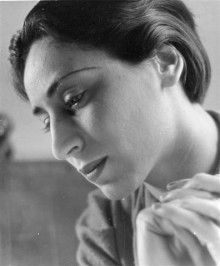