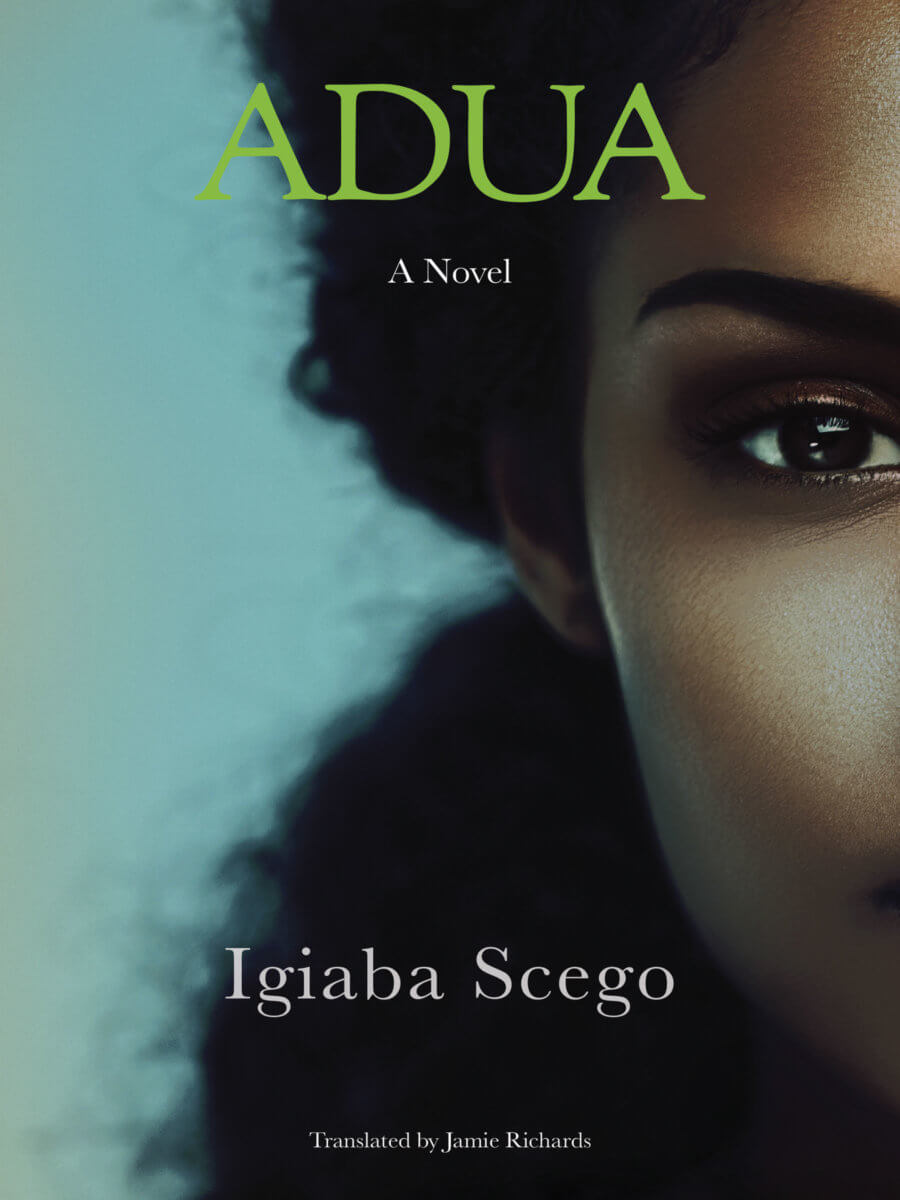 Adua, an immigrant from Somalia to Italy, has lived in Rome for nearly forty years. She came seeking freedom from a strict father and an oppressive regime, but her dreams of becoming a film star ended in shame. Now that the civil war in Somalia is over, her homeland beckons. Yet Adua has a husband who needs her, a young man, also an immigrant, who braved a dangerous crossing of the Mediterranean Sea. When her father, who worked as an interpreter for Mussolini’s fascist regime, dies, Adua inherits the family home. She must decide whether to make the journey back to reclaim her material inheritance, but also how to take charge of her own story and build a future.

“I won’t come with you to the train,” I said as we crossed Piazza dei Cinquecento. “From here on you’ll have to manage alone. And I’ve never liked good-byes.”

I looked around. The piazza was pandemonium, enveloped in the exhaust of the buses occupying every space in the terminus like beached whales. People zigzagged frenetically and even the most elderly were possessed by a delirious hunger for speed. They ran obliquely toward an uncertain, often completely chance future. Piazza dei Cinquecento seemed more like a freeway than a piazza. It wasn’t a place to stop and chat. The words would get lost in an incoherent, sometimes disturbing rumble. Piazza dei Cinquecento was wrapped up with my history like nowhere else. Piazza of migrants, first arrivals, departures, my many regrets. In that piazza, so disconnected from itself, I had found and lost myself a thousand times. I remember when, in those early, crazy years, posing as an actress, I crossed it half-naked in skimpy clothes, because Sissi, always Sissi, had ordered me to show off my beauty to Rome. And I obeyed. This is where I came to know infamy. But it is also here that, thanks to my friend Lul, years later, I made myself a new life. More serious, modest, sensible clothes. Here, in the darkest years, I rediscovered the smile of my people. Behind the station, they sold the xalwo I was crazy about. I had to cross Piazza dei Cinquecento to get to that strange Somalia that had developed in the back streets of the station neighborhood. I even met my Titanic in Piazza dei Cinquecento. Drunk, he’d hang around different areas of Rome: Corso Italia, Piazza Vittorio, Ponte Lungo. But it was in Piazza dei Cinquecento that I saw him bellowing profanities with malicious gin flowing through his veins. It is there, in that piazza that Italy had dedicated to its fallen soldiers in East Africa, that I’d manufactured a papier-mâché love.

Suddenly I saw something loom over my head. Something white and shiny. “Get down, duck,” my husband yelled.

But I was blinded by the whiteness, I couldn’t move. It was the most beautiful thing I’d ever seen in my life.

Then I noticed something yellow. All wrinkled. I don’t know when I realized that it was the yellow of a bird’s feet. It flew over me. And without my catching a good look, it took my turban. Tore it off violently.

“Cover your face or it’ll scratch you, Adua.”

I couldn’t understand why that seagull had targeted me.

“They’re going to eat us,” a man said, “like in that Hitchcock movie.” A woman asked if I needed help.

I yelled to my husband: “See that bird, just sitting there looking at us, do you see how it’s looking at us?”

And it was true. It was staring at me.

“Take the cloth, save the cloth,” I said to my Titanic. But my husband didn’t move.

The seagull stared at me again. It was as if it wanted to tell me something. Apologize.

Then it started pecking at the fabric. “Stop it,” I yelled to my Titanic. But my husband didn’t move.

The seagull made a disaster of the fabric with its pointy beak. “Stop it, please,” I begged.

“You looked terrible with that dull rag on your head. Right over there, at Habshiro, they sell scarves from the Emirates, the latest fashion. Now my wife will be beautiful and chic too. A veil in red, in green, one for all the days of the week.”

It was my father’s, that turban.

I had snatched it one afternoon in Somalia, ages ago.

The very day I had gone to Magalo for the premiere of my movie. A premiere that never happened. My father paid the manager of Cinema Munar the equivalent of three full houses for them not to show it.

Three showings … Was that my price tag?

Three showings, was what I was worth to my father, three showings. Three showings for him not to look bad, not to disgrace the family name, so he could keep on pretending to have a daughter.

Three showings not to see me, to erase me, not to be ashamed. My father had broken my heart once again.

That day, step by step, my feet took me to what had once been my house.

I wanted flowers from Gene Kelly and looks full of respect from a passing Jimmy Stewart.

I wanted the white clothes, the crinolines, the puffy sleeves.

I wanted Billy Wilder to make me an icon and Errol Flynn to come and save me.

But most of all I’d have liked to be Ruby Dee. Ruby was black like me. And she didn’t have to sell herself. Ruby fought for civil rights. I never fought for anything.

I was swathed in leopard skins and I ran as naked as Eve the sinner. I was always chased by a serpent.

Always hounded by shame. I was tired, so tired.

That was when, almost by accident, my eye fell on the clothes hung out to dry. A listless look, devoid of nerve.

But it was enough to fill my field of vision with sheets, tops, wraps, <i>garees</i> and <i>guntiino</i>. The blue stuck out in all that white.

I would have recognized that blue out of a thousand blues. I knew that cloth well. My father wrapped it around his head and never took it off.

“So he does take it off every once in a while,” I said to myself. In a flash I went and stole the cloth.

I didn’t see my father that day.

I didn’t see my father any other day.

I never saw him again, to tell the truth.

All I had left of him was that blue strip of cloth, that strange turban, which up until a few hours ago I wouldn’t have taken off for anything in the world.

And then that seagull, with one swoop, in the middle of Piazza dei Cinquecento, ripped it away from me.

Do you realize, my little elephant, what it had done?

It was the sign of my slavery and my old shame, that turban. It was the yoke I had chosen to redeem myself.

What would I do now without my slavery on my head? How would I atone for everything I’d done now?

“Ahmed,” I finally asked, calling my husband by name, “why didn’t you help me?”

“I did help you,” Ahmed said, with an amused look. “That bird was sent by heaven.”

“Utterly sublime. Igiaba Scego strikes the perfect balance between melancholy humor and simmering rage. Adua tells a gripping story of war, migration and family, exposing us to the pain and hope that reside in each encounter.”

“This incantatory novel is a dialogue between a freedom-seeking daughter and her traditionalist father. For Adua, the bonds of love prove as constraining as any legal system bent on controlling outsiders. As a child, she believed Italy was freedom. As a black woman, she is forced to reconsider. Yet Rome offered refuge during Somalia’s civil conflict and the space to contemplate returning once it eased. Adopted homes may not give themselves fully, Scego seems to suggest, but they powerfully clarify what has been lost.”

“Three experiences of blackness in Rome, three generations searching for a way out. Scego, who is Somali-Italian, is an incisive writer on migration, skilled in making the historical personal.”

“I could not put down this enchanting novel; its characters pulsate off the page, fraught with the entanglements of living. There is so much laughter, wit, pain, joy, humiliation, celebration, longing, tears, determination, aching, beauty. You read books everyday and then you come across that one that just grips you and haunts you and stays with you. That book is called Adua.”

Novuyo Rosa Tshuma, author of The House of Stone and Shadows

“Lovely prose and memorable characters make this novel a thought-provoking and moving consideration of the wreckage of European oppression.”

“Lucid and forthright … examines the linked consequences of Italian colonization, instability in 1970s Somalia, and the current refugee crisis in Europe … an illuminating work appropriate for a wide range of readers.”

“A memorable, affecting tale … brings the decolonialization of Africa to life … all the more affecting for being told without sentimentality or self-pity.”

“Deeply and thoroughly researched … also a captivating read: the novel is sweeping in its geographical and temporal scope, yet Scego nonetheless renders her complex protagonists richly and lovingly.”

Africa is a Country

“This book depicts the soul and the body of a daughter and a father, illuminating words that are used every day and swiftly emptied of meaning: migrants, diaspora, refugees, separation, hope, humiliation, death.”

“Igiaba Scego is an original voice who connects Italy’s present with its colonial past. Adua is an important novel that obliges the country to confront both memory and truth.”

Amara Lakhous, author of Clash of Civilizations Over an Elevator in Piazza Vittorio 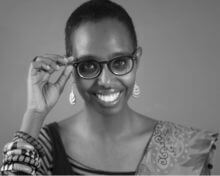