And the Bride Closed the Door 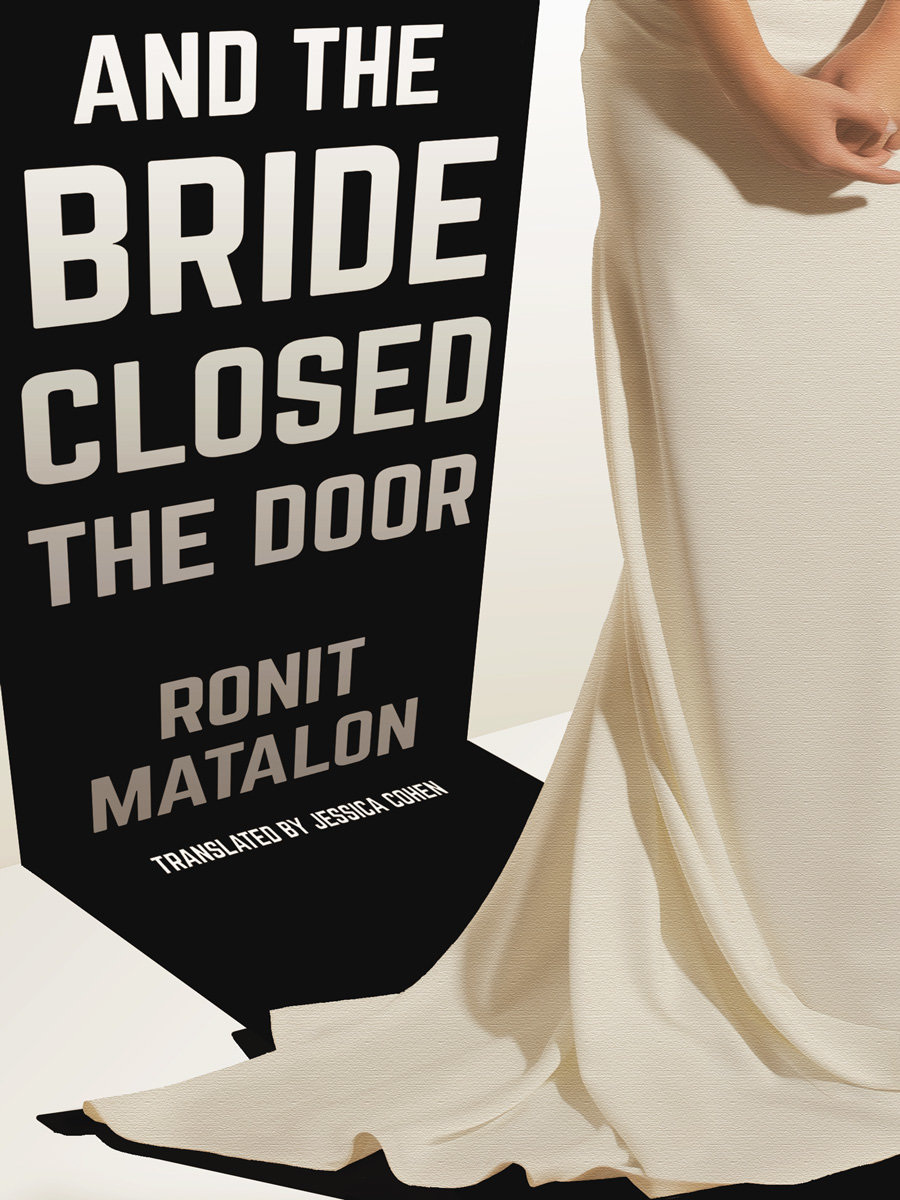 A young bride shuts herself up in a bedroom on her wedding day, refusing to get married. In this moving and humorous look at contemporary Israel and the chaotic ups and downs of love everywhere, her family gathers outside the locked door, not knowing what to do. The bride’s mother has lost a younger daughter in unclear circumstances. Her grandmother is hard of hearing, yet seems to understand her better than anyone. A male cousin who likes to wear women’s clothes and jewelry clings to his grandmother like a little boy. The family tries an array of unusual tactics to ensure the wedding goes ahead, including calling in a psychologist specializing in brides who change their mind and a ladder truck from the Palestinian Authority electrical company. The only communication they receive from behind the door are scribbled notes, one of them a cryptic poem about a prodigal daughter returning home. The harder they try to reach the defiant woman, the more the despairing groom is convinced that her refusal should be respected. But what, exactly, ought to be respected? Is this merely a case of cold feet? A feminist statement? Or a mourning ritual for a lost sister? This provocative and highly entertaining novel lingers long after its final page.

Excerpt from And the Bride Closed the Door

Three of them were crowded into the sad hallway (the grandmother had been placed upon a wicker stool opposite the door when her feet had grown weary from the long wait) and avoided looking at one another for a long time, as though any eye contact might turn the declaration they had just heard into a solid fact, confirming not only its content, but worse—its significance. And so they simply continued to stare at the shut door with its old-fashioned dark wood veneer, seemingly anticipating a thawing, a softening, a miraculous melting—if not of the bride then at least of the door—and hoping for something further: a continuation of the sentence, an idea or a word that might emerge through the door like the wet head of a newborn closely followed by the body itself sliding out.

“I’m cold,” said the bride’s mother, Nadia. She tried to encircle her fleshy shoulders with her own arms, which were encased in the tight-fitting, prickly lace sleeves of the light gray evening gown she had been trying on, at the hairstylist’s request, though her feet were absentmindedly clad in plaid winter slippers with zippers down the front. Her dyed blond quiff perked up in surprise over her forehead, and similar wonderment veiled her gaze when it unintentionally fell on the grandmother, her own elderly mother, by whose presence she seemed as perplexed as she might be by an unfamiliar piece of furniture that she had not ordered yet was suddenly delivered to her home.

“What did Margie say?” the grandmother asked cheerfully. She was hard of hearing and generally “not with us,” as Nadia put it, and throughout all these hours of waiting she had sustained a dazzling smile, full of the pearly white teeth inlayed by the dentist only a week earlier, in honor of the wedding. “What did she say?” she repeated, hanging her round gaze on the chrome door handle, which was positioned precisely at her eye level. She sat on the stool with her legs obediently straight and close together, like a kindergartener at circle time, and patted the remaining two apple quarters (two she had already eaten) on a dish towel on her lap.

Nadia leaned over and gripped her elbow: “Go on, go rest in the living room for now. We’ll let you know when there’s any news.”

The grandmother munched on some apple, and a thin dribble of pale yellow juice ran from the corner of her mouth down to her chin. “Booze? What booze? They’ll have plenty of drinks at the catering hall, don’t worry,” she assured them, wiping her fingertips on the dish towel.

The phone rang in Matti’s pocket. He quickly silenced it, but a few seconds later it rang again and he turned it off yet again. “It’s not her?” asked Nadia. “It’s not her,” the groom replied, “I have her phone, did you forget?” Nadia closed her heavily made-up eyes. “I didn’t forget. I didn’t know you had it. How could I forget something I didn’t know?” She paused. “What are we going to do?” Then she repeated her question more quietly, as if trying not to wake someone: “What are we going to do?”

Matti looked at her intently, somewhat wistful yet completely alert, and seemed to be considering her question, although he wasn’t really. She could feel his gaze jabbing her in the spot right between her painted eyebrows with an injection of despair, tense expectation, and something else she couldn’t quite name. Startled, she turned sharply to Ilan, her nephew, who was leaning over on her right and whispering in her ear. “What? What did you say?” Nadia was confused.

“What does God have to do with it?” Nadia pulled her arm away impatiently. “Why would you bring God into this?”

“It’s true. God forgets no one. Allah ma biyinsash khad, like they say,” the grandmother announced with contemplative satisfaction, rocking slightly from side to side on the stool to stretch her buttocks. Nadia put her hands over her eyes. “I can’t take her. I can’t. Explain to her what’s happening,” she murmured at Ilan without looking at him, and leaned her back against the wall.

Ilan wiped his dry hands on his pants, moved closer to the grandmother’s stool, knelt down before her with his eyes straight across from hers, cupped her milky cheeks in his hands and held her head right in front of his own, so that she could watch his lips move. “Gramsy!” he said quietly, in a soft but persuasive voice. “Lena!” The grandmother’s face lit up and her wide nostrils trembled slightly with joy, as though her name pronounced by Ilan were a surprising discovery. “Can you hear me, sweetie?” he asked with a grave look. She nodded vigorously. “It’s Margie. Mar-gie. She’s not getting married in the end,” he explained. “Why not?” the grandmother asked, as a look of confusion and dread spread over her face. “Why isn’t she getting married?” Ilan replied slowly, accentuating every syllable: “She doesn’t want to. She said she doesn’t want to get married.” “Ever?” the grandmother inquired. “She doesn’t ever want to get married?” Ilan reached out, stroked her hair, and tucked a long strand behind her ear. “I don’t know if not ever, sweetie. We don’t know. For now—she doesn’t want to get married.”

“Matalon’s virtuosic novel opens in a standoff: A bride has barricaded herself in a room on her wedding day and will neither emerge nor explain … The lightness of Matalon’s tale belies its heft. In prose that is both abrupt and tender, she skewers the hydraulics of family and the insensitivities of those who think themselves exquisitely sensitive … Matalon … indicts us all.”

“A moral act … The language is straightforward, breezy, conversational. And Jessica Cohen’s translation makes it highly accessible … All of it coheres. Confettied throughout the novel are Matalon’s well-chosen details … Parallels to Beckett are unavoidable.”

“Ronit Matalon was a giant of Israeli literature: not of the bombast of grand political statements, but rather a master of the private, the intimate, the ambivalent, the human. And the Bride Closed the Door invites us into a single revealing moment in a family’s life, and we are right there in the room with them―or rather, right outside the door. It’s funny, moving and deeply real.”

“The reader is gripped from the very first moment … For readers who have never encountered Matalon, this very fast novel is an extremely accessible place to start, and an opportunity to begin to understand both Matalon’s literary stature and the complexities of contemporary Israel.”

Aviya Kushner, author of The Grammar of God in The Forward

“Matalon is a unique literary stylist whose pitch-perfect novel focuses on the spectacle of the big day … Matalon nails how families relate to each other. Her scenes are cinematic and evocative … A masterful rendering of a failed wedding day and the embedded failures that individuals, a family, and a culture accrue in the process of trying to manage their circumstances. As complex and chaotic as life.”

“Reminiscent of My Big Fat Greek Wedding, but Jewish, and backwards … Family secrets bubble to the surface in this deeply felt comedy.”

“Brim­ming with wise and com­pas­sion­ate com­men­tary on a pletho­ra of con­cerns: cul­tur­al­ly-imposed gen­der roles, the role of pub­lic and pri­vate mem­o­ry, and the dys­func­tions that dri­ve fam­i­lies apart … And the Bride Closed the Door offers its read­ers all the more rea­son to mourn the loss of Matalon’s bold, uncom­pro­mis­ing voice.”

“Refreshingly audacious and stirringly sophisticated, And the Bride Closed the Door presents the reader with a sharp-edged piece of social and feminist critique, hidden by a veil of wit and humor. Jessica Cohen’s masterful translation further enhances the rare and intricate voice of Ronit Matalon, one of Israel’s leading female authors, whose sudden passing shocked and saddened lovers of Hebrew literature worldwide.”

“And The Bride Closed the Door, translated masterfully by Jessica Cohen, is a triumph, at once humorous and profound, richly imagined and deliciously grotesque. The bride in question—as brilliant, rebellious and intriguing as Matalon herself—remains absent throughout the book, and revealed only through the eyes of a colorful cast of characters who try and coax her out of the locked room. Whether you read it as an allegory or a comedy, this book is a marvel, a stunning display of Matalon’s virtuosity and an aching reminder of the tremendous void she left behind.”

Ayelet Tsabari, author of The Art of Leaving

“With seductive wit and light pathos, this brilliant novel makes the reader privy to the inner thoughts of a comically messy family. From there, bigger truths about personal life and the wider culture are exposed and explored.”

Bethany Ball, author of What to Do About the Solomons

“A fable of the Israeli condition … Matalon is one of today’s best Israeli authors, one of the original, intriguing and unique voices now active here. Her writing―the themes, the characters, the way they are shaped―is distinct and unique.”

“A remarkable book. The deep inner structures of Israeli society, the existential tensions of being Israeli, and questions pertaining to the definition of individual identity are dealt with brilliantly and light-handedly.”

“It remains unclear whether this novel is an allegory of hopelessness or a feminist manifesto. The narrative allows for many interpretations and perhaps most importantly it’s a comedy.”

“Ronit Matalon, a major figure in Israeli literature who died in 2017, exposes the contradictions of her country.” 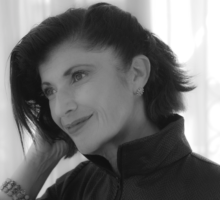