I Belong to Vienna

A Jewish Family's Story of Exile and Return 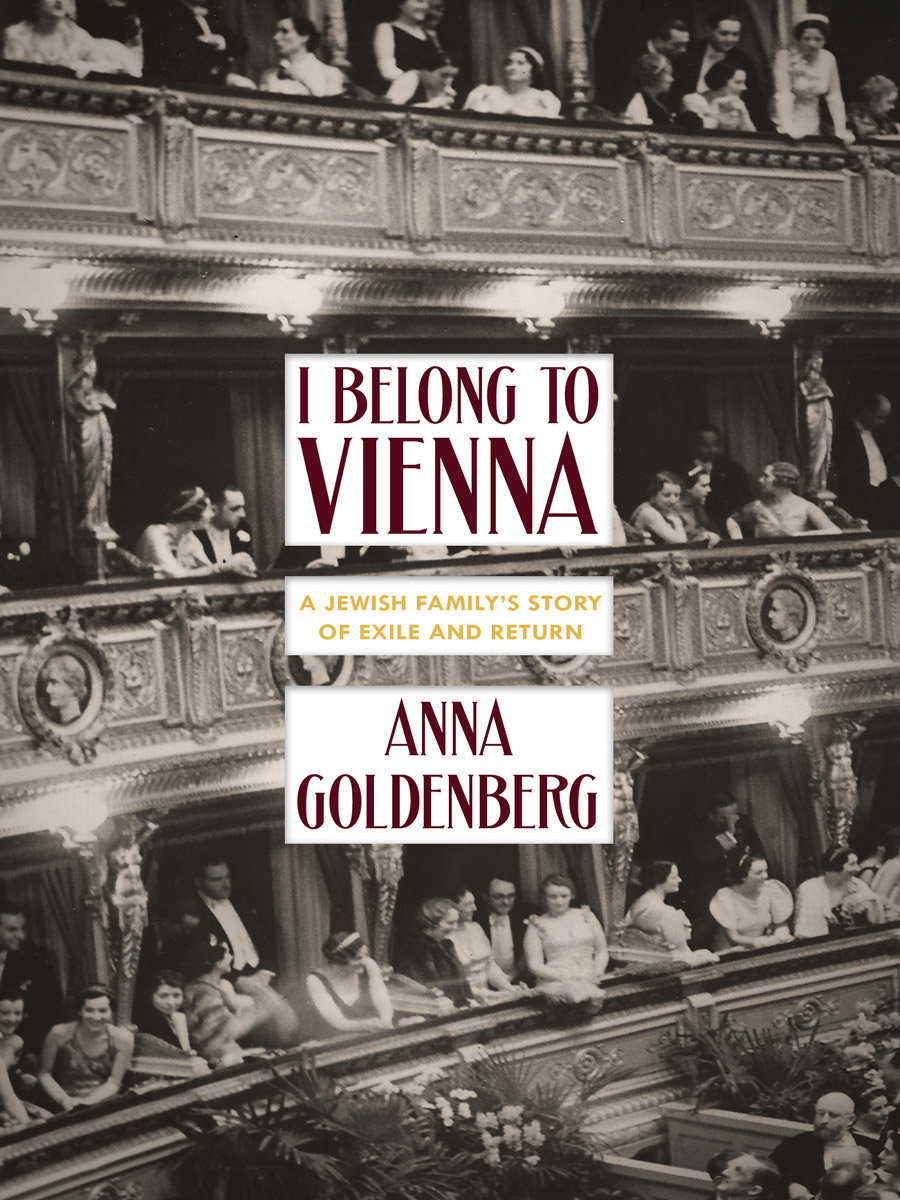 A defiant memoir from contemporary Europe: In autumn 1942, Anna Goldenberg’s great-grandparents and one of their sons are deported to the Theresienstadt concentration camp. Hans, their elder son, survives by hiding in an apartment in the middle of Nazi-controlled Vienna. But this is no Anne Frank-like existence; teenage Hans passes time in the municipal library and buys standing room tickets to the Vienna State Opera. He never sees his family again. Goldenberg reconstructs this unique story in magnificent reportage. She also portrays Vienna’s undying allure—although they tried living in the United States after World War Two, both grandparents eventually returned to the Austrian capital. The author, too, has returned to her native Vienna after living in New York herself, and her fierce attachment to her birthplace enlivens her engrossing biographical history. A probing tale of heroism, resilience, identity and belonging, marked by a surprising freshness as a new generation comes to terms with history’s darkest era.

Excerpt from I Belong to Vienna

In all the old snapshots Hansi looks like a cheeky child—dark hair, slender face, lanky figure. He’s always looking out of the corner of his eye, a bit scornfully, and seems to be sizing up whoever is looking at him. In one such photo he’s about six years old, and his little brother Herbert, who’s maybe three or four, has hooked arms with him. Both wear short lederhosen with embroidered suspenders and flaps, and white shirts underneath. A tuft of hair partially covers Hansi’s eyebrows, and there’s a piece of wood in the corner of his mouth that looks like a pipe. His posture is upright and confident. Herbert gazes at the camera, a little uncertain.

This isn’t the only family photo where everyone is dressed in traditional garb. I find it a bit shocking at first. I had always refused to wear such clothes. For me, those costumes signified an identity I wasn’t comfortable with. Too much pride in one’s own roots—something you can take no credit for, nor do anything about—and a whole bunch of conservative ideas. The term Lederhosene (“lederhosen-wearers”) was a synonym for the illegal Nazis of the 1930s, and traditional costume festivals were one of their preferred meeting places. When I discovered the photo of Hansi and Herbert, I read up on it. Back then, for many people—even urban Jews like my family—it was normal to dress up this way for trips to the countryside, I learn. Those who could afford it went on summer vacation, and in the region between Semmering and the Salzkammergut those who wanted to belong wore the local garb. Just how deeply entwined these clothes were with a particular identity becomes clear when you consider that on July 6, 1938, Jews were forbidden to wear national costumes: “to avert the endangerment of public safety,” because it threatened “to provoke legitimate indignation among the German population.”

A few months after I first read that fact, in the summer of 2016, a folk festival takes place in my neighborhood. I usually avoid crowded events. I’m not exactly tall and don’t like being jostled around, so I usually let others go on ahead and struggle to make my way through the hordes. But now I’ve recently moved back to Vienna, and some old schoolmates I’m still friends with want to go. Wearing dirndls. Am I in? All of a sudden I realize I don’t have to feel any hesitation anymore. Hansi liked wearing lederhosen his entire life, mostly on weekends, when he puttered around the house with his toolbox making little repairs—a dripping tap here, a loose hinge there. Clothing is only a superficially identifying feature. I donned a dirndl that belonged to my cousin; she’d bought it years ago for a wedding in Salzburg. I’m not even sure which region it’s from. Now, for me, it stands for my own history.

I consider the whole traditional costume thing an indication of how natural Hansi’s family must have felt as Austrian Jews. The second district, a dense, narrow strip of land between the Danube River and the Danube Canal, officially called the Leopoldstadt, was once known as the Mazzesinsel, or Matzo Island, because so many Jews lived there, in close quarters and for the most part peacefully beside their non-Jewish neighbors. During the Jewish high holidays, services were held in coffeehouses. In the seventeenth century it became the city’s Jewish ghetto, which lasted until the Jews were once again expelled from the city. The area lay outside the municipal walls, and was swampy and constantly threatened with floods until the Danube River was regulated in the mid-nineteenth century. When the city constitution granted Jews almost complete legal equality in 1867, Vienna became a center of Jewish life, attracting people from all over the Habsburg Empire. Refugees from Galicia and Bukovina came during World War I. When my great-grandparents married, over 200,000 Jews lived in the city. About one in ten Viennese was Jewish. And when I moved to New York in 2012, about ten percent of its population was Jewish.

After Hitler seized power in Germany in 1933, many German Jews fled to neighboring Austria. And many Jews sympathized with the one-party Christian state that Austria officially became in 1934. Compared to the Nazis, it seemed to be the lesser evil. Austrian Jews also enjoyed a relative degree of religious freedom and civil rights. But the new system also made religious education compulsory. That’s the only reason, Hansi writes, that he learned which of his classmates in the elementary school on Kleine Sperlgasse were also Jews, because he saw who went to synagogue with him every week and endured the torment of Hebrew lessons and instruction on subjects that were foreign to him. Aside from his grandfather, who didn’t eat pork and was on the board of a synagogue, Judaism only appeared a few times a year in family life, just as it had in my childhood. Like many assimilated families, they celebrated the most important holidays of two religions: the Jewish New Year and Yom Kippur, the Day of Atonement, each autumn; Christmas and Hanukkah each winter; Easter and Passover each spring.

In the fall of 1935 Hansi moved from that elementary school to a public high school on Radetzkystrasse, in the third district. Hansi’s cousin had already studied there, and his younger sister was to enroll there the following year.

Maybe his parents hoped things would go better there, and Hansi would finally get good grades so he could go on to other studies. But no. Just a few weeks after starting school, Hansi faked an injury and managed to persuade a doctor at the hospital that his uninjured right hand needed to be put in a cast, so he was freed from homework. No wonder he was soon advised to choose an academically less demanding school. A teacher showed me the archival file of his school record, where a tidy script had noted “Withdrew May 6, 1936.” Hansi switched to a four-year, not as rigorous secondary school—a disappointment for the family. The yellowed paper doesn’t say why he left so close to the end of the school year. Hansi’s papers reveal nothing of it, and no family members can help me. Was it really just his grades—his mid-year report card included not a single “very good” or even “fair” in natural history, mathematics, and languages—or was there another reason? I’d like to know more, because the three-quarters of a year he spent at the school on Radetzkystrasse was supposed to have significantly shaped his life. But this isn’t the first time I find no one’s left to tell me about it.

“Absorbing … What distinguishes Goldenberg’s book from much of the vast library of Holocaust literature is its distance from the campaign to exterminate European Jewry. It is the story of a young woman’s attempt to make sense of history more than it is a direct evocation of the roundups, cattle cars, and gas chambers …  Will leave Americans fascinated by the cruelty and loyalty born in the city of Sigmund Freud, Gustav Mahler, and Anna Goldenberg.”

“Why would you return to a city that tried to murder you? Here is the story of one Jewish family that did … Blends history, biography, and memoir … Well-researched, intimate, evocative look at some of the 20th century’s foulest days.”

“An intimate account of a courageous family whose rich life in Vienna unravels into a struggle for survival. A suspenseful story of bravery, dignity, and the love of a city that withstands its bleakest chapter.”

Anne-Marie O’Connor, author of The Lady in Gold: The Extraordinary Tale of Gustav Klimt’s Masterpiece, Portrait of Adele Bloch-Bauer

“A must-read for a new understanding of the Holocaust in Vienna and why a Jewish family would not let itself be uprooted despite the city’s dark past.”

Esther Safran Foer, author of I Want You to Know We’re Still Here: A Post-Holocaust Memoir

“Goldenberg presents a vivid picture of life in Vienna under Nazi rule … Thoughtful research and engaging style make this a valuable addition to Holocaust literature.”

“A meticulous evocation of an unknown Austria, Anna Goldenberg’s affecting family memoir brings to life the story of Viennese Jews who decided not to flee their homes after the Anschluss. This salutary tribute forces us to reflect on what it means to try and live a ‘normal life’ in the throes of a political nightmare.”

George Prochnik, author of The Impossible Exile and Stranger in a Strange Land

“Anna Goldenberg brings the memory of her grandparents to life and sweeps us away with her portrayal of bravery and endurance. This is an important and wonderful book.”

Doron Rabinovici, author of Elsewhere and The Search for M

“Goldenberg has written a big, important, quiet and disturbing book. It is ruthless and precise, honest and inquisitive, showing the bright side of a family’s fate as well as the dark.”

“A kaleidoscopic picture of the varied perceptions of the oncoming Holocaust and how the Jewish population of Vienna responded to its events and risks.”

“Goldenberg reveals the mechanisms by which people were initially deprived of their rights, then their property, and finally their lives—the processes necessary for dehumanization.” 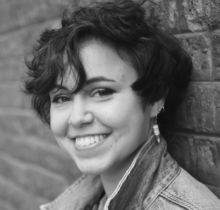