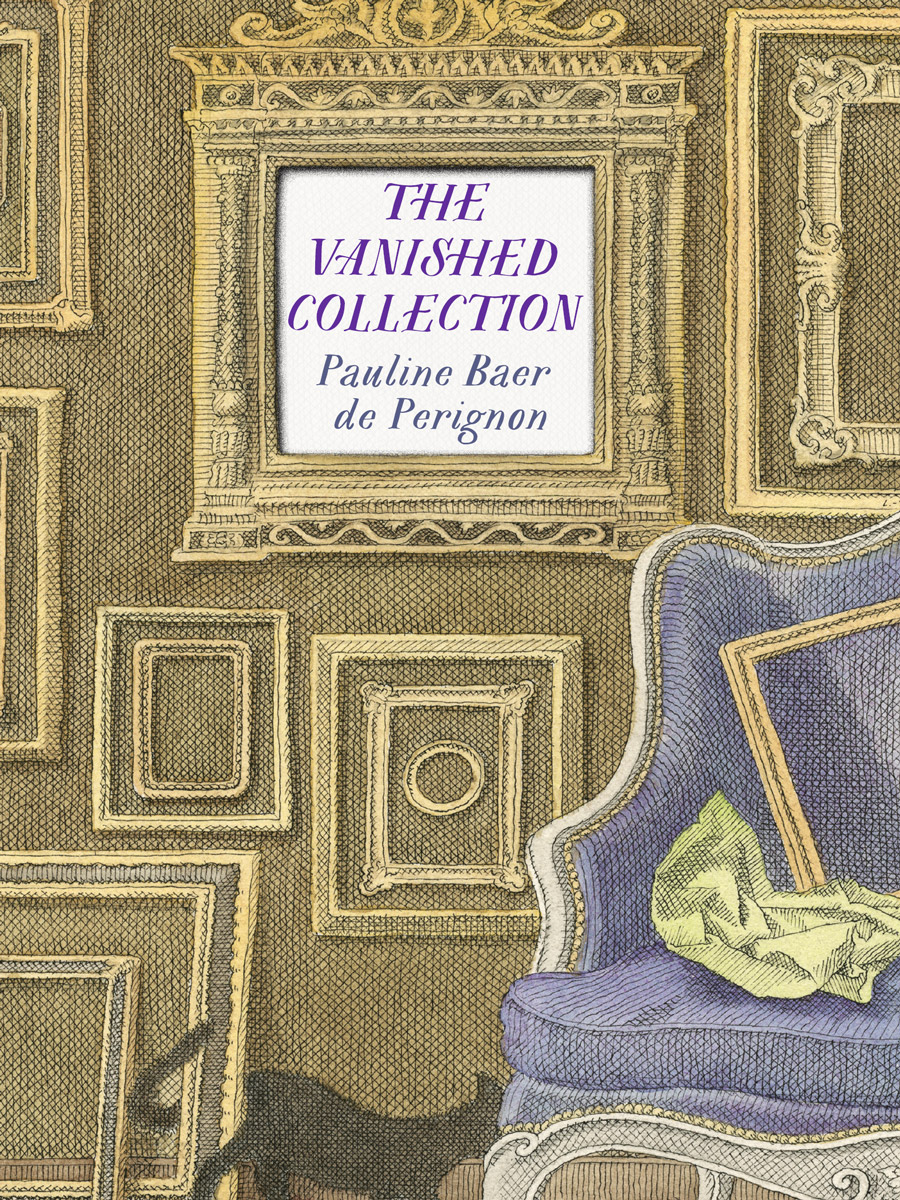 It all started with a list of paintings. There, scribbled by a cousin she hadn’t seen for years, were the names of the masters whose works once belonged to her great-grandfather, Jules Strauss: Renoir, Monet, Degas, Tiepolo, and more. Pauline Baer de Perignon knew little to nothing about Strauss, or about his vanished, precious art collection. But the list drove her on a frenzied trail of research in the archives of the Louvre and the Dresden museums, through Gestapo records, and to consult with Nobel laureate Patrick Modiano. What happened in 1942? And what became of the collection after Nazis seized her great-grandparents’ elegant Parisian apartment? The quest takes Pauline Baer de Perignon from the Occupation of France to the present day as she breaks the silence around the wrenching experiences her family never fully transmitted, and asks what art itself is capable of conveying over time.

Watch a video of author Pauline Baer de Perignon telling experts at Sotheby’s auction house how she obtained the restitution of a valuable French masterpiece plundered from her great-grandfather and that later hung for decades in a museum in Dresden, Germany. Click here to view.

Excerpt from The Vanished Collection

If I close my eyes, I see walls hung with paintings. Portraits of lords and ladies of the 18th-century court rub shoulders with Degas’s dancers, Monet’s glowing landscapes, Sisley’s snow-covered gardens.

There’s a man standing there. He’s been waiting for me a long time.

His eyes are smiling behind his little round spectacles. His face looks familiar, though I’ve never met him before. He has the same narrow moustache as my father, and wears white spats over his shoes.

He welcomes me into his office, where he talks me through each painting, describing the grace of a ballerina doing up the ribbon of her slipper, or the celestial beauty of an umbrella pine silhouetted against a blue sky. His voice is filled with enthusiasm as he tells the story of each picture, who painted it, where he found it, what made him decide upon each one.

I listen with such awe that he invites me to follow him, and escorts me to his apartment, through a vast gallery filled with objets d’art, bronze sculptures and terracotta figures. It’s dizzying, I can’t take it all in. Then he turns, snatches up the fedora perched on the terracotta head of a comely young girl, and takes my arm. His wife calls out some words to him from afar, but he doesn’t reply.

We step over three cairn terriers that the housekeeper has taken out for a walk and, laughing, run down the five flights of stairs of this beautiful Haussmann building on Avenue Foch.

Outside the chauffeur is waiting for him at the wheel of a sedan. Jules smiles at him but doesn’t stop. The stone eagle carved into the façade of the building eyes us as we walk away down the side alley.

Jules lights a cigarette with the tip of the one he’s just smoked. It’s spring, the birds are singing, the sun is shining, and the galleries await. Jacques Seligmann, Paul Rosenberg, the brothers Bernheim. Jules is warmly welcomed by friends, colleagues, dealers—all, like him, pioneers and lovers of impressionist art.

He looks like he’s simply idling, but nothing escapes him.

He takes my hand and places it on a painting. Delicately, with the tips of his fingers, he shows me how to lightly touch the canvas to appreciate its texture.

Time and again, I conjure up this impossible meeting with my great-grandfather.

For a long time, I knew nothing about him. In the drawing room of the apartment where I was born, an old, dust-covered book sat on the bookshelf. It had never once occurred to me to open the catalog of the “Private Sale, Jules Strauss Collection, 1932.” I’d pass it without even seeing it. I had no idea it contained images of the Impressionist paintings from my great-grandfather’s collection.

I could have asked my father to tell me about Jules Strauss, but I never did. My father died when I was twenty, before I was bold enough to ask him about the war, about his forebears, about his feelings.

On my aunt Nadine’s—my father’s sister’s—desk, in the apartment in which she has lived for over sixty years, sits a small black-and-white photograph of an old man, his melancholy expression concealed behind his round spectacles. He has neatly combed gray hair, and a flannel suit that hangs a little loose. How many times has she mentioned her grandfather, while I barely listened, her words like background music scarcely to be heeded?

Now all those people who might have been able to tell me things have died, and the questions I never got around to asking have disappeared with them.

And then one day, I have no idea why, quite out of the blue, the past suddenly resurfaced.

“Engrossing … The book reads like a detective story. … [Its] ultimate theme is about restoring memory—that most significant feature that makes humans human.”

“A heartwarming and fascinating story by a superlatively gifted writer and first-rate reporter. … The Vanished Collection is a remarkable book.”

“Pauline Baer de Perignon is a natural storyteller―refreshingly honest, curious and open. Like the best memoirists, she manages to tell multiple stories simultaneously, to delicately layer meanings and narratives. Here is not only a riveting art world mystery, but an utterly personal, heartfelt, and extremely intelligent story of a woman doing everything she can to uncover the truths of her family.”

Menachem Kaiser, author of Plunder: A Memoir of Family Property and Nazi Treasure

“A charmingly told account of a woman’s quest to reconstruct her great-grandfather’s art collection that leads her not only to the restitution of looted works, but also to a profound and touching recognition of her family’s wartime odyssey and her own place in their myriad generations.”

Lynn H. Nicholas, author of The Rape of Europa: The Fate of Europe’s Treasures in the Third Reich and the Second World War

“This book―aside from its flowing style, compelling storyline and intriguing twists and turns―adds such an important chapter to the Holocaust narrative and its culture-centered subset.”

“Fascinating―a true treasure hunt through history … Make[s] for riveting reading. As it sifts through ‘a jumble of beautiful things, of gilt and dust,’ The Vanished Collection arrives at a sense of delayed justice―but also at invaluable family reconnections.”

“Beautifully evokes a vanished world that once stood at the crossroads between the heights of civilization and the depths of barbarism before being overwhelmed by the latter. The restitution to Pauline Baer de Perignon’s family of one of France’s finest 18th-century masterpieces, through a harrowing process dramatically recounted in this book, goes some way to redeem the cause of civilization.”

James Gardner, author of The Louvre: The Many Lives of the World’s Most Famous Museum

“For decades the lost Jules Strauss collection lay shrouded in mystery. First the Nazi expropriation, followed by the family’s own denial. Finally through determination a great-granddaughter is able to piece together previously buried clues. Pauline Baer’s goal is justice, but an unexpected consequence is a poignant connection with lost family and a keener understanding of history.”

Simon Goodman, author of The Orpheus Clock: The Search for My Family’s Art Treasures Stolen by the Nazis

“‘Every family has its paradise lost,’ writes Pauline Baer de Perignon. Like the Camondos, the Rothschilds, the Ephrussis and other Jewish families whose art was looted in the war, her heritage is of epic proportions and this account of that past resurfacing today is as moving as it is fascinating. I could not put it down.”

Cécile David-Weill, author of Parents Under the Influence and The Suitors

“As devourable as a thriller … Incredibly moving.”

“Stimulated by a desire to write, Pauline unconsciously understands that what she really wants is to bear witness. As if in a Kubrick film, she opens a door and a river of blood pours out on her. With valued assistance from Modiano, Pauline digs into this shocking story that amazes and breaks the heart … transforming an unfortunately commonplace account of paintings stolen by the Nazis into a breathtaking novel of suspense.” 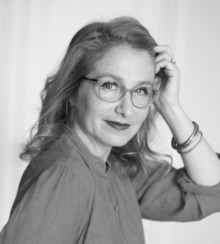