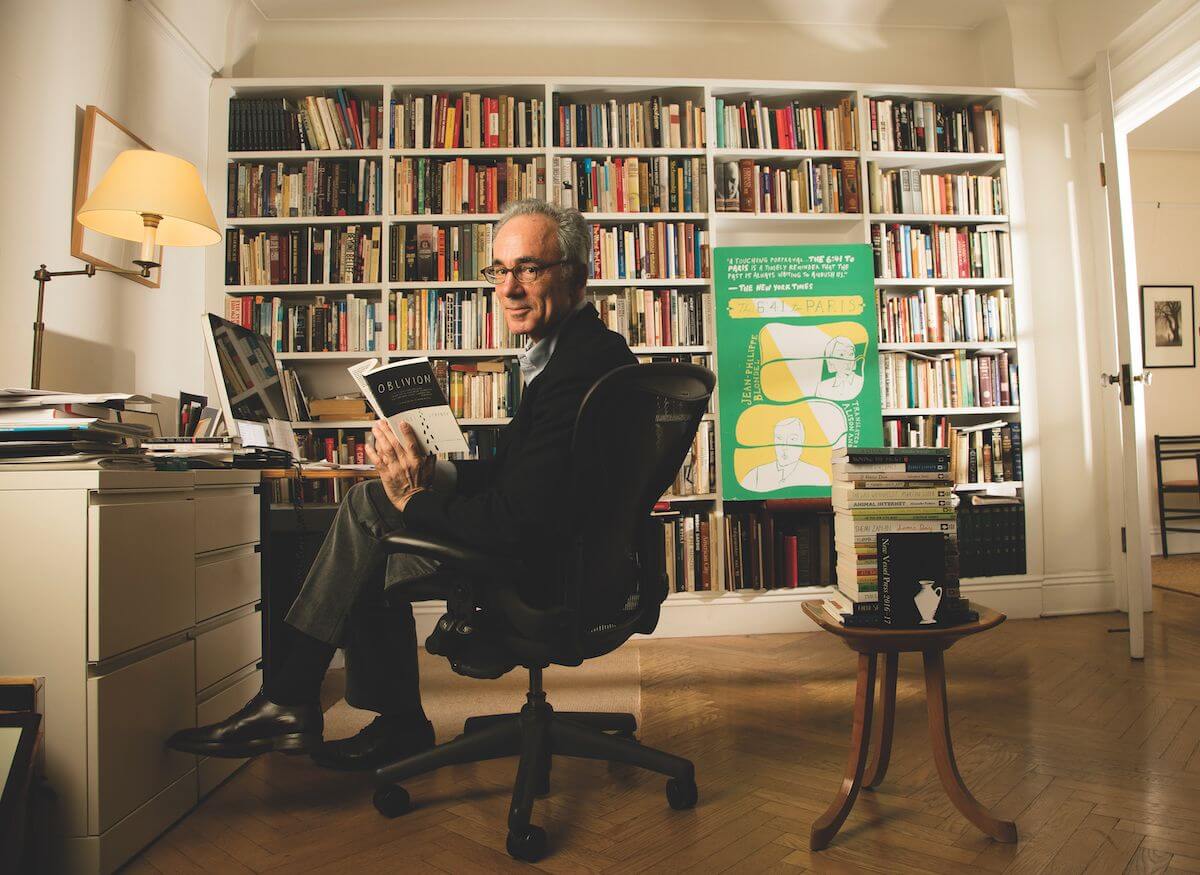 How a publishing company ‘spun gold out of nothing.’

It began as idle chatter. Two multilingual literature buffs met at a middle school spelling bee and talked about the foreign books they’d read that had never been published in the U.S. Why not, they thought, open a publishing house and translate their favorites?

“But neither of us had any experience in book publishing,” said Michael Wise, a former Central Europe correspondent for Reuters.

New Vessel Press, founded in 2012 by Wise and Ross Ufberg, then a Ph.D. candidate in Slavic studies at Columbia University and now an editor at online magazine BreakGround, translates and publishes six books annually. The pair pooled $100,000 of their own money to start it. The money went quickly to buying publishing rights, hiring translators and a cover designer (up-and-coming New Yorker cartoonist Liana Finck), building a website, publicizing their venture and paying for printing their first year’s catalog, all before a single book was sold.

Finding manuscripts isn’t hard. Only 3% of books published in the U.S. are translations. The men travel to book fairs in Germany and the United Arab Emirates, get recommendations from friends and read voraciously—Wise is fluent in German and French, and Ufberg, in Polish and Russian. They have become a go-to outlet for foreign publishers. “We look for novels and nonfiction that put you in another place, give you access to another culture, transport you,” Ufberg said.

“What we are doing is all the more important because of the politicians who would just as soon ignore the rest of the world,” said Wise.

Their first book, The Missing Year of Juan Salvatierra by prominent Argentine writer Pedro Mairal, was named one of New Republic’s 10 best books of 2013. Oblivion, a dive into the legacy of Soviet-era prisons by Sergei Lebedev, was chosen by The Wall Street Journal as one of the top 10 novels of last year. “Every other book on that list was by a major corporate publishing house,” Wise said.

Their latest is The Madeleine Project by French journalist Clara Beaudoux, who discovered a storeroom full of papers and photographs belonging to the previous tenant of her Paris apartment and reconstructed the woman’s life through a multiyear storm of tweets. “It’s a graphic novel of the digital age,” said Wise.

“Ross and Michael have really spun gold out of nothing; they’ve really made an instant classic out of New Vessel,” said John Oakes, director of the New School Publishing Institute and co-founder of OR Books.

Critical success aside, making money in the book business is tough. New Vessel lists books for $16, which are sold wholesale for $8, minus a $2 or $3 fee to the distributor. Translations can cost from $3,000 to $10,000, depending on the length and difficulty of the text and the renown of the translator. Grants from foreign cultural institutions cover about a third of the cost of translation.

The partners say they are approaching profitability, with revenue in the low six figures. Their titles sell between 3,000 and 7,000 copies, and sales were up 40% from 2015 to 2016. New Vessel buys worldwide English-language rights, making some money by selling to publishers in Great Britain and Canada. Occasionally, New Vessel gets a cut when a title is optioned for film, like Killing the Second Dog, by late Polish writer Marek Hlasko. Actor Richard Gere helped convince Hollywood studio Tadmor Films to option the screen rights for the tale of two down-and-out Poles scamming lovelorn women in 1960s Tel Aviv, Israel. New Vessel stands to earn a six-figure fee.

Another strategy is to find the next Stieg Larsson, the late Swedish author of the best-selling Millennium trilogy. The pair sees potential in Martin Suter, a German-Swiss crime writer who sells hundreds of thousands of books in Europe. His art-fraud thriller The Last Weynfeldt, published last year by New Vessel, is the first of a three-book deal that Ufberg hopes will gradually seed the market. “Suter didn’t become the biggest-selling author in Germany overnight,” he said.

Marketing remains a challenge. New Vessel offers an annual subscription for $72. Volume is still low, so Ufberg wraps all the subscription books in pastel crepe paper himself, the kind of personal touch that distinguishes New Vessel from large-scale publishers. They organize tours of major U.S. cities for their authors (paid for by the universities and cultural centers they visit). Reviews in The New York Times and The Wall Street Journal give them material to share during a book’s social-media campaign. Ufberg and Wise also occasionally set up a folding table in front of Zabar’s on the Upper West Side, where selling 30 books on a slow afternoon is a success. That’s given them a freedom absent at larger publishing houses that are guided by marketing studies. “We don’t have to pass things through a committee,” Ufberg said. “If we say it’s a fantastic book, we can just publish it.”

And they are reassured that enough people want what they can provide. “Our sales are up,” said Ufberg. “A lot of people are looking for entertaining, intellectual, good reads, and as long as we can keep providing them, we’re OK.”

A version of this article appears in the May 1, 2017, print issue of Crain’s New York Business as “Found in translation”.