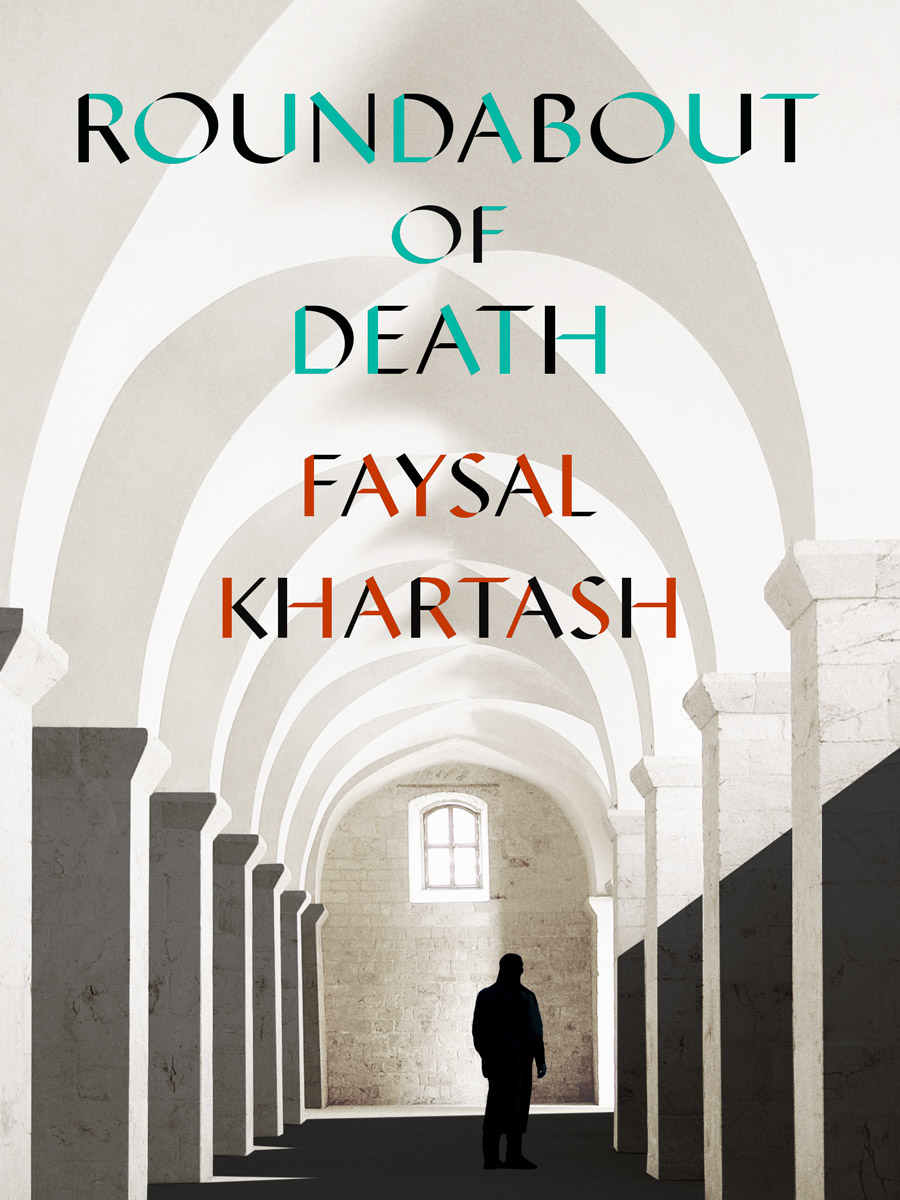 Set in Aleppo in 2012, when everyday life was metronomically punctuated by bombing, Roundabout of Death offers powerful witness to the violence that obliterated the ancient city’s rich layers of history, its neighborhoods and medieval and Ottoman landmarks. The novel is told from the perspective of an ordinary man, a teacher of Arabic for whom daily errands become life-threatening tasks. He experiences the wide-scale destruction wrought upon the monumental Syrian metropolis as it became the stage for a vicious struggle between warring powers. Death hovers ever closer while the teacher roams Aleppo’s streets and byways, minutely observing the perils of urban life in an uncanny twist on Baudelaire’s flâneur. The novel, a literary edifice erected as an unflinching response to the erasure of a once great city, speaks eloquently of the fragmentation of human existence and the calamities of war.

Excerpt from Roundabout of Death

Everyone was silent at the Island Cafe, ours was the only table where people were talking. Nader the unemployed lawyer had gotten there first, his cell phone glued to his hand as he talked to the whole world over Facebook; then Nizar, a doctor who was unemployed, too, but only because he had retired, sold his practice, and was waiting for his pension checks to start arriving—he was also on Facebook at that moment—and Muhammad D, a novelist, or at least the author of one novel, although the circumstances weren’t helping him finish his second, was sitting there staring off toward the east. We’d always find him sitting there with two briefcases, and we never knew what was in either one. The barista called him Doctor because he knew more about medicine than many physicians, he’d show up for doctor’s visits carrying medical journals to discuss with them, and often when he popped over to the pharmacy for a few minutes to pick up a prescription, he’d tell the person next to him to keep an eye on his cell phone that was charging, and that person would tell him not to worry. He’d spend a few minutes in the pharmacy then return to his phone, look at it for a moment only to discover that it hadn’t recharged yet. He slept in the Al-Musharaqah neighborhood, on the front line between the old and the new city, and every night he spent there he would hear people cursing at one another, or degrading other men’s wives, hurling insults every which way. Mahmoud also came around from time to time, bringing us books to read, but usually nothing more than that. Newspapers no longer found their way to us. We used to solve crossword puzzles in the papers at Joha’s Club. But they don’t make it to the cafe anymore so we can no longer do the crosswords.

The young men who are left come around on Monday, Thursday, and Saturday, and they don’t make any trouble, they just show up, drink their coffee, talk some politics, and then leave.

There’s an aid distribution center next to the cafe where you’ll find hordes and hordes of people who come to pick up five yellow bottles of vegetable oil; a blanket and a foam mattress for every member of the household; a razor blade, toothbrush, toothpaste, rice, tea, and a few other things I may have forgotten. I’ll go see about it tomorrow, then I’ll be sure to write it down.

I—and I cautiously speak in the name of I—come by the cafe every day, sit down, and observe. I’m inspired by an artist who paints here and sends some of his paintings to Saudi Arabia, leaving some here, hopeful that somebody might buy them someday. This artist has a narrow mind, replying to any question without giving the answer much thought. You go east, he goes west, or he’ll just leave a response dangling in the air, saying that he knows so-and-so, and what that person knows, but what he himself truly knows, God only knows.

Jamal doesn’t know where he’s going to go. First he went to Lebanon, to stay with his in-laws, but they grew tired of having him around. He’s extremely fat, he just sits at the table eating and smoking like a glutton, talking about his journey to Lebanon and then on to Turkey. You might call him a refugee, though. And then there was Abd al-Qadir, the Bedouin philosophy teacher who fled his house in the Al-Rashideen neighborhood. He moved his wife and two daughters to Reyhanli, then traveled to Mersin, Greece, and Albania, where he was detained for a month before being deported to Greece, where he is still awaiting sentence.

Nader also fled to Mersin, then to Greece, where he tried going to the airport eleven times, but each and every time they seized him in the terminal or on the plane before takeoff. And Zakaraya, the other philosophy teacher, joined up with Mahmoud, and the two of them set out for Europe, now they are in Brussels learning the language and wasting their days as they await release from a detention facility.

Saeed, who left for Lebanon, Turkey, Greece, and then Denmark, is learning Danish and how to quit smoking, but why? Because the refugee stipend he receives isn’t enough to cover the cost of his habit. They turned his house on Zahraa Street into a sniper’s den, installing a small group of fighters, a small window the size of a heart, and a sniper’s rifle with which they could strike enemy forces.

People here were no longer afraid. Let’s say, for example, that there was an explosion, like there was on Friday, near the Faculty of Engineering, and a rocket landed on some building, making a crater in the foundation. It was as if nothing whatsoever had happened, everyone went to prayer and listened to the imam’s sermon, which discussed the woman who went to hell for failing to feed a hungry cat, for not helping it in any way. The imam spoke about the tortures of hell experienced by this woman, horrifying the worshippers. They all filed out of the mosque to go buy vegetables and fruit in the culvert, the same place they would buy dairy products, and then returned to their homes overjoyed by the bounty God had bestowed upon them.

“Potent … intimate, humorous and compelling … One of the best Syrian novelists of his generation and one of the most exciting writers to emerge from the region since the Arab Spring.”

“Masterful … kaleidoscopic: personal and collective, serendipitous and fatalistic, marked by a bitter irony that can’t help flirting with despair … What Khartash is tracking is the precariousness of memory — and identity.”

“Arresting … Readers are ushered into a landscape that feels surreal but couldn’t be more horrifically factual … Heartbreaking in its matter-of-factness, Khartash’s work delivers a clear sense of life amid war in his book’s brief span.”

“A heartwrenching and shocking work of historical fiction … the novel follows Jumaa, an unemployed Arabic teacher who struggles to live peacefully in a dangerous city … A powerful novel that takes a humane view of Syria’s devastation.”

“Khartash’s sparse and harrowing English-language debut offers an account of life in Aleppo during the Syrian Civil War … Readers will find this fragmented tale of war-torn Aleppo and its displaced intellectuals chilling and insightful.”

“A remarkable book, a vivid testimonial to the horrors of the Syrian civil war.”

Robert F. Worth, author of A Rage for Order: The Middle East in Turmoil

“News reports and images have exposed the horrors of the Syrian crisis: millions of refugees, bombing and chemical weapons. But this powerful novel by Faysal Khartash makes the grim reality of survival through the fierce fighting in Aleppo truly comprehensible.”

Itamar Rabinovich, co-author of Syrian Requiem: The Civil War and its Aftermath

“Some books stand as monuments to wars from which they arise. This is one of those books.”

Elliot Ackerman, author of Green on Blue and Waiting for Eden

“A masterful distillation of one of the great tragedies of the twenty-first century, as stripped of artifice and sentimentality as it is undergirded with insight and empathy. Roundabout of Death is essential reading.”

Dan Mayland, author of The Doctor of Aleppo

“A brilliant, kaleidoscopic and claustrophobic portrayal of the Syrian civil war. Khartash’s spare prose eloquently conveys horrors that require no rhetorical elevation. This is a fine book that deserves a wide readership, both on its own merits and because the Syrian disaster is by no means over.”

Jonathan Spyer, author of Days of the Fall: A Reporter’s Journey in the Syria and Iraq Wars

“Tells the incredible story of how the city of Aleppo has been reduced to piles of rubble and blood-soaked dirt in the wake of a celebrated history, its once proud identity now lost in the shadows.”

“[Faysal Khartash] has always written imaginatively about the character of Aleppo, especially those relegated to the margins, the deep trenches, revealing the city’s subterranean worlds. He intimately chronicles Aleppo’s alleyways and secret corners, which is why most of his novels have faced state censorship.” 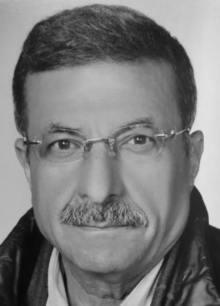