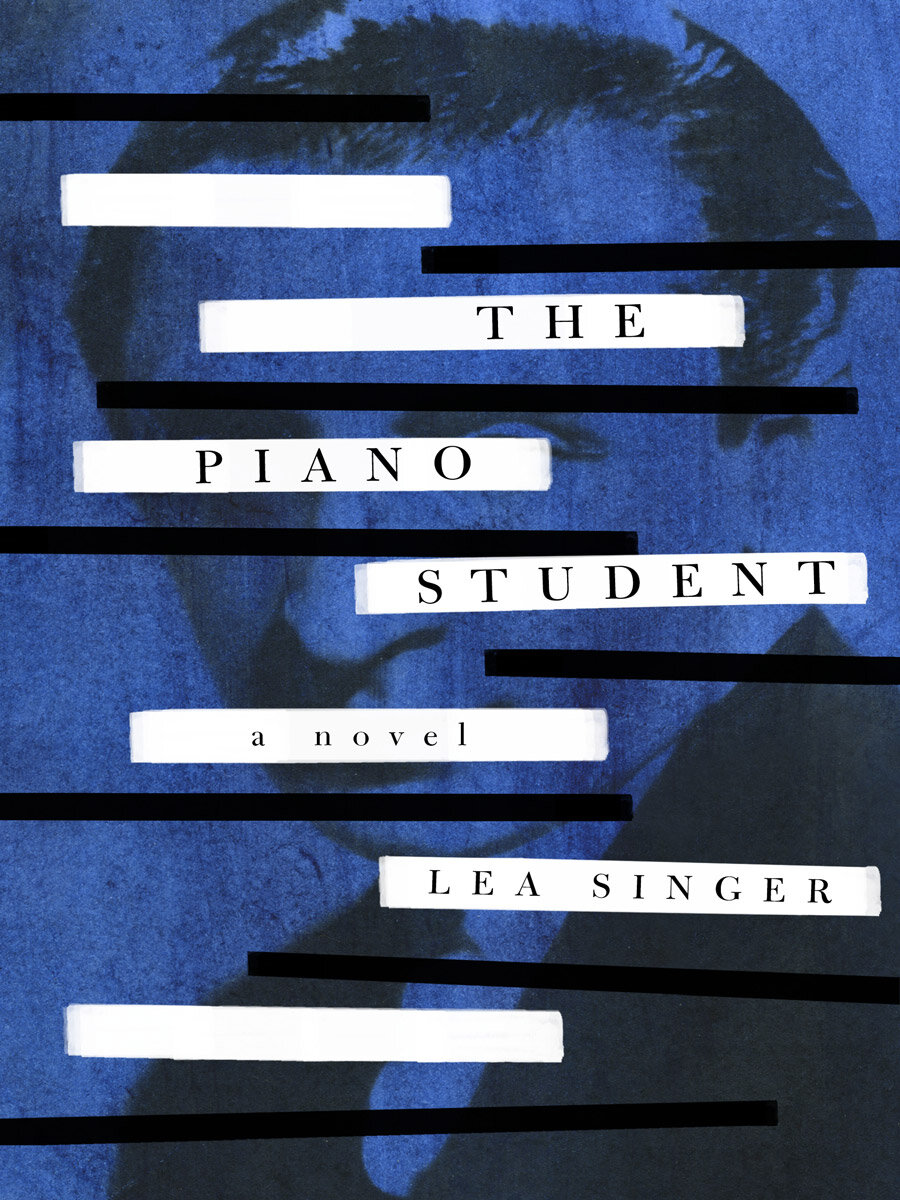 The Piano Student is a novel about regret, secrecy, and music, involving an affair between one of the 20th century’s most celebrated pianists, Vladimir Horowitz, and his young male student, Nico Kaufmann, in the late 1930s. As Europe hurtles toward political catastrophe and Horowitz ascends to the pinnacle of artistic achievement, the great pianist hides his illicit passion from his wife Wanda, daughter of the renowned conductor Arturo Toscanini. The affair is narrated by Kaufmann in the 1980s to another music devotee, who comes to him enchanted by Schumann’s composition Träumerei and awakens memories of the thwarted relationship. Based on unpublished letters by Horowitz to Kaufmann that author Lea Singer discovered in Switzerland, the novel portrays the anguish that the acclaimed musician felt about his never publicly acknowledged homosexuality and the attendant duplicity of his personal life. It’s a riveting and sensitive tale of musical perfection, love, and longing denied, with multiple historical layers and insights into artistic creativity.

This is a novel with its very own soundtrack. Here is a Spotify playlist of music featured in The Piano Student, as well as a collection of YouTube videos showing Horowitz in his most triumphal performances.

Excerpt from The Piano Student

He was telling us about Paris, and it was downright electrifying, the way he went on. But Horowitz didn’t react, didn’t laugh, didn’t chime in, didn’t ask any questions. His expression was icy in the early summer heat. Have you heard my latest record? he asked Milstein. Some of it is good, but much of it is bad, very bad. What are they saying about me in Paris, about why I’m not performing? Is it true Toscanini’s been saying I can throw in the towel if my next concert isn’t a sensation?

Milstein simply asked in response, Are you practicing again, Volodya?

I . . . I’m trying, Horowitz said, studying his hands as though they were alien to him.

I caught Milstein as he was headed for the toilet. But why isn’t he practicing, why isn’t he playing, if it depresses him not to?

Turn things around and it all adds up. Nineteen thirty-four is when it started for Volodya. For a while, he could drown it out on the piano, on those murderous tours. All he talks about is his demons; he hoped they’d suffocate if he just kept moving.

When one aligns dates, it’s often possible to discover connections, he said.

When Milstein left three days later, he took my hands in his, which to me looked like we were praying together. Be good to him, young man. No one before Volodya has ever played the way he does, and no one after him ever will. That tone! Sometimes I think tone means more to him than the music. He lived for that, and that alone. And for the money.

I aimed to please, and that included Milstein, so I begged Horowitz to let me listen to him practice. I actually begged him on my knees, which he liked. He hesitated, didn’t respond. Late that night at the bar, he wanted to know where I had heard him play, and what.

At the Tonhalle in Zurich. You played the Tchaikovsky concerto.

And I was in raptures.

It was awful, he interrupted me, because it wasn’t Tchaikovsky I was playing, it was Horowitz. All sorts of things that weren’t even on the page. Still, it worked. The more risks I took, the louder the applause when I survived them.

The crowd was looking to me for thrills, and that’s what they got. But it was bad.

I tried to patch things up the next day at lunch. I was a born impostor. It wasn’t his virtuosity that had done it for me, that night at the Tonhalle, I said. It was his tone. Never before had I heard someone play like that. That tone, that unbelievable tone!

He didn’t respond. Then, finally, he said, Maybe in three days.

Following our midday nap three days later, he really did sit down at the Steinway, upright and earnest. Schumann’s Fantasie in C Major. Hellish piece. Movement was confined to his elbows down, while his back and shoulders remained still. Hands flat, long fingers stretched out straight, fingertips practically curved upward. His pinkies curled, then sprang into action. Any piano teacher worth his salt would throw a fit at the sight of such hand positioning. Horowitz crashed down the octave runs as though taking a pleasant stroll. His staccato notes flickered off the page, and he sailed through the rapid changes in tempo and dynamics. But he kept stopping. He might play the same passage three, four, even ten times, changing the slightest nuance in pedaling or phrasing. Not once in my life had I practiced that way.

But that’s not all. When Horowitz struck a key and immediately let off, the resonance unfolded in the space like magic, and the space unfolded into outer space. I was witnessing firsthand the birth of music through tone. I now understood what Milstein meant.

Our next nap was anything but sleepy. When he emerged from the bath, towel around his waist, Horowitz asked if I had a driver’s license. He didn’t have one, just a chauffeur who’d stayed behind in Paris with the Rolls. The hotel rented a car and . . .

Kaufmann checked the time. We should see about rooms.

“Gripping in its newness and historical import … The Piano Student contains a lovely air of mystery … Members of music’s royalty people the pages.”

“Carefully researched and explosively passionate, this story of forbidden love and unmet potential is … for anyone who’s ever felt the ineffable power of music.”

Aja Gabel, author of The Ensemble

“This intriguing, quirky novel, based on unpublished letters of Horowitz to a Swiss student, explores his hidden European years between living in Russia and the United States, and his hidden homosexual life outside his marriage with Wanda Toscanini.”

Stephen Hough, concert pianist and author of Rough Ideas: Reflections on Music and More and The Final Retreat: A Novel

“Reads like a dark detective novel of the sort Swiss writer Friedrich Dürrenmatt might have written … This is a moving book, filled with tension and tragedy. We see Horowitz, warts and all … a fascinating read.”

“Throughout its telling, Singer maintains an elegance and depth that will leave the reader pondering the nature of personal courage and how—or whether—life and maturity can ever bring into harmony art, ambition, and love.”

“German cultural historian Singer draws on unpublished letters she unearthed in Switzerland to reimagine the tumultuous love affair between phenomenal pianist Vladimir Horowitz and his young student Nico Kaufmann … What emerges is a portrait of gay life and limitations in the mid-1900s, the era’s painful political upheavals, and a great pianist on edge … An intriguing look at passion, history, and culture, for more than classical music fans.”

“Paints a startling picture of Horowitz as a complicated man torn between his desire to be with men and his duty to his wife, Arturo Toscanini’s daughter. This is an engrossing, beautifully written novel that brings into focus an inimitable artist who ascended to great heights as a pianist despite his hidden life as a gay man.”

“With the complexity of a Russian piano concerto, Lea Singer has evoked the passionate love between the maestro Horowitz and the young man who became his student. She has richly imagined their forbidden relationship, which was marked by the same push-pull phrasing in the Chopin Nocturnes Horowitz often played, and that haunted them both for the rest of their lives.”

Chris Cander, author of The Weight of a Piano

“One of the greatest pianists of the last century, an illicit love affair with a young man, and a story using the genuine correspondence that passed between them—it makes for an utterly compelling read.”

Jeremy Nicholas, author of The Great Composers and Chopin: His Life and Music

“A tender psychological depiction of an impossible love —and between the lines a good deal of veneration for the pianist Horowitz and for the persuasive power of music.”

“Lea Singer’s novel combines narrative imagination and accurate research … recounting vividly as well as exemplarily the multi-faceted history of a forbidden love between men and thereby captivating the reader.”

“A book that tells with empathic devotion of music and death … the story of a search for freedom in the most adverse circumstances … The book poses the biggest question of all about relationships, What is true and what is a lie?” 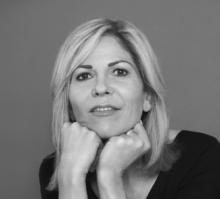